Jimmy Weaver, Keyboard. Jimmy started playing at 12 years old with High School musicians in Bro T Holla and many popular local bands. He recorded and album with The Blazers in 1978 that had rave reviews in Italy. His recording career spans decades recording with The Embers, The Back N Time band, The Castaways, The Pharmers, The Help, Doug Prescott Band and many others. Jimmy has performed many different styles from Beach, Rock, Country, to Blues, Soul, Jazz quartet, Swing, Corporate and Tribute Bands. He has also played solo for the last 20 years.The bands he has been a member of include The Embers from Raleigh, The Main Event Band of Greenville, The Castaways out of Henderson, Slowhand a Tribute to Eric Claptin, Back N Time Band and The West Street Band. Jimmy has opened or performed with Bo Diddly, George Thoroughgood and The Destroyers, earl Scruggs review, Arrogance, Nantucket, including sitting in with The Fantastic Shakers,Craig Woolard Band, Coastline and many others. 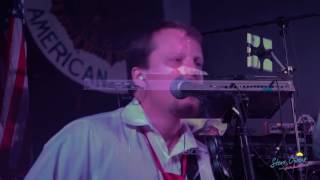